Jenkins X vs OpenShift: What are the differences?

Jenkins X can be classified as a tool in the "Continuous Integration" category, while OpenShift is grouped under "Platform as a Service".

Some of the features offered by Jenkins X are:

"Kubernetes integration" is the primary reason why developers consider Jenkins X over the competitors, whereas "Good free plan" was stated as the key factor in picking OpenShift.

According to the StackShare community, OpenShift has a broader approval, being mentioned in 50 company stacks & 52 developers stacks; compared to Jenkins X, which is listed in 3 company stacks and 7 developer stacks. 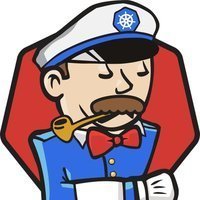 We are a mid-size startup running Scala apps. Moving from Jenkins/EC2 to Spinnaker/EKS and looking for a tool to cover our CI/CD needs. Our code lives on GitHub, artifacts in nexus, images in ECR.

Drone is out, GitHub actions are being considered along with Circle CI and GitLab CI. 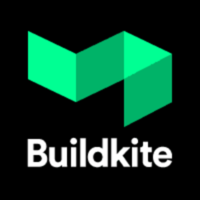 I think I've tried most of the CI tools out there at some point. It took me a while to get around to Buildkite because at first I didn't see much point given it seemed like you had to run the agent yourself. Eventually it dawned on me why this approach was more ingenious than I realised:

Running my app in a production (or production-like) environment was already a solved problem, because everything was already in some form of "everything as code". Having a test environment where the only difference was adding the Buildkite agent was a trivial addition.

It means that dev/test/prod parity is simple to achieve and maintain. It's also proven to be much easier to support than trying to deal with the problems that come with trying to force an app to fit into the nuances and constraints that are imposed by the containers/runtime of a CI service. When you completely control all of the environment the tests are running in you define those constraints too. It's been a great balance between a managed service and the flexibility of running it yourself.

And while none of my needs have hit the scale of Shopify (I saw one of their engineers speak about it at a conference once, I can't find the video now though 😞) it's good to know I can scale out my worker nodes to hundreds of thousands of workers to reduce the time it takes for my tests to run.

I would recommend you to consider the JFrog Platform that includes JFrog Pipelines - it will allow you to manage the full artifact life cycle for your sbt, docker and other technologies, and automate all of your CI and CD using cloud native declarative yaml pipelines. Will integrate smoothly with all your other toolset.

more configurable to setup ci/cd: * It can provide caching when build sbt, just add this section to yml file * Easy to use, many documentation

What companies use Jenkins X?

See which teams inside your own company are using Jenkins X or Red Hat OpenShift.
Sign up for StackShare EnterpriseLearn More

What tools integrate with Jenkins X?

What are some alternatives to Jenkins X and Red Hat OpenShift?
Jenkins
In a nutshell Jenkins CI is the leading open-source continuous integration server. Built with Java, it provides over 300 plugins to support building and testing virtually any project.
Spinnaker
Created at Netflix, it has been battle-tested in production by hundreds of teams over millions of deployments. It combines a powerful and flexible pipeline management system with integrations to the major cloud providers.
Blue Ocean
Designed from the ground up for Jenkins Pipeline and compatible with Freestyle jobs, Blue Ocean reduces clutter and increases clarity for every member of your team.
GitLab CI
GitLab offers a continuous integration service. If you add a .gitlab-ci.yml file to the root directory of your repository, and configure your GitLab project to use a Runner, then each merge request or push triggers your CI pipeline.
GitLab
GitLab offers git repository management, code reviews, issue tracking, activity feeds and wikis. Enterprises install GitLab on-premise and connect it with LDAP and Active Directory servers for secure authentication and authorization. A single GitLab server can handle more than 25,000 users but it is also possible to create a high availability setup with multiple active servers.
See all alternatives
See all the technologies you’re using across your company.
Sign up for StackShare EnterpriseLearn More