Heroku vs Kubernetes: What are the differences?

Heroku: Build, deliver, monitor and scale web apps and APIs with a trail blazing developer experience. Heroku is a cloud application platform – a new way of building and deploying web apps. Heroku lets app developers spend 100% of their time on their application code, not managing servers, deployment, ongoing operations, or scaling; Kubernetes: Manage a cluster of Linux containers as a single system to accelerate Dev and simplify Ops. Kubernetes is an open source orchestration system for Docker containers. It handles scheduling onto nodes in a compute cluster and actively manages workloads to ensure that their state matches the users declared intentions.

Heroku can be classified as a tool in the "Platform as a Service" category, while Kubernetes is grouped under "Container Tools".

Some of the features offered by Heroku are:

On the other hand, Kubernetes provides the following key features:

"Easy deployment", "Free for side projects" and "Huge time-saver" are the key factors why developers consider Heroku; whereas "Leading docker container management solution", "Simple and powerful" and "Open source" are the primary reasons why Kubernetes is favored.

StackShare, Heroku, and Product Hunt are some of the popular companies that use Heroku, whereas Kubernetes is used by Google, Slack, and Shopify. Heroku has a broader approval, being mentioned in 1504 company stacks & 965 developers stacks; compared to Kubernetes, which is listed in 1048 company stacks and 1099 developer stacks. 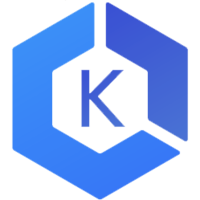 We began our hosting journey, as many do, on Heroku because they make it easy to deploy your application and automate some of the routine tasks associated with deployments, etc. However, as our team grew and our product matured, our needs have outgrown Heroku. I will dive into the history and reasons for this in a future blog post.

We decided to migrate our infrastructure to Kubernetes running on Amazon EKS. Although Google Kubernetes Engine has a slightly more mature Kubernetes offering and is more user-friendly; we decided to go with EKS because we already using other AWS services (including a previous migration from Heroku Postgres to AWS RDS). We are still in the process of moving our main website workloads to EKS, however we have successfully migrate all our staging and testing PR apps to run in a staging cluster. We developed a Slack chatops application (also running in the cluster) which automates all the common tasks of spinning up and managing a production-like cluster for a pull request. This allows our engineering team to iterate quickly and safely test code in a full production environment. Helm plays a central role when deploying our staging apps into the cluster. We use CircleCI to build docker containers for each PR push, which are then published to Amazon EC2 Container Service (ECR). An upgrade-operator process watches the ECR repository for new containers and then uses Helm to rollout updates to the staging environments. All this happens automatically and makes it really easy for developers to get code onto servers quickly. The immutable and isolated nature of our staging environments means that we can do anything we want in that environment and quickly re-create or restore the environment to start over.

The next step in our journey is to migrate our production workloads to an EKS cluster and build out the CD workflows to get our containers promoted to that cluster after our QA testing is complete in our staging environments.

Cons of Heroku
Cons of Kubernetes

Heroku is a cloud application platform – a new way of building and deploying web apps. Heroku lets app developers spend 100% of their time on their application code, not managing servers, deployment, ongoing operations, or scaling.

Kubernetes is an open source orchestration system for Docker containers. It handles scheduling onto nodes in a compute cluster and actively manages workloads to ensure that their state matches the users declared intentions.

What companies use Kubernetes?

See which teams inside your own company are using Heroku or Kubernetes.
Sign up for Private StackShareLearn More

What tools integrate with Kubernetes?

Scaling Kubernetes with Assurance at Pinterest
Apr 28 2021 at 7:51AM 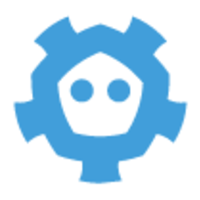 +2
2
782
What are some alternatives to Heroku and Kubernetes?
DigitalOcean
We take the complexities out of cloud hosting by offering blazing fast, on-demand SSD cloud servers, straightforward pricing, a simple API, and an easy-to-use control panel.
Google App Engine
Google has a reputation for highly reliable, high performance infrastructure. With App Engine you can take advantage of the 10 years of knowledge Google has in running massively scalable, performance driven systems. App Engine applications are easy to build, easy to maintain, and easy to scale as your traffic and data storage needs grow.
Firebase
Firebase is a cloud service designed to power real-time, collaborative applications. Simply add the Firebase library to your application to gain access to a shared data structure; any changes you make to that data are automatically synchronized with the Firebase cloud and with other clients within milliseconds.
Docker
The Docker Platform is the industry-leading container platform for continuous, high-velocity innovation, enabling organizations to seamlessly build and share any application — from legacy to what comes next — and securely run them anywhere
Microsoft Azure
Azure is an open and flexible cloud platform that enables you to quickly build, deploy and manage applications across a global network of Microsoft-managed datacenters. You can build applications using any language, tool or framework. And you can integrate your public cloud applications with your existing IT environment.
See all alternatives
See all the technologies you’re using across your company.
Sign up for Private StackShareLearn More