Apollo vs SignalR: What are the differences?

Developers describe Apollo as "GraphQL server for Express, Connect, Hapi, Koa and more". Build a universal GraphQL API on top of your existing REST APIs, so you can ship new application features fast without waiting on backend changes. On the other hand, SignalR is detailed as "A new library for ASP.NET developers that makes developing real-time web functionality easy". SignalR allows bi-directional communication between server and client. Servers can now push content to connected clients instantly as it becomes available. SignalR supports Web Sockets, and falls back to other compatible techniques for older browsers. SignalR includes APIs for connection management (for instance, connect and disconnect events), grouping connections, and authorization.

Apollo can be classified as a tool in the "Platform as a Service" category, while SignalR is grouped under "Realtime Backend / API".

"From the creators of Meteor" is the top reason why over 8 developers like Apollo, while over 7 developers mention "Supports .NET server" as the leading cause for choosing SignalR.

CircleCI, Swat.io, and Flexport are some of the popular companies that use Apollo, whereas SignalR is used by simplement-e, Jet.com, and NRGSoft. Apollo has a broader approval, being mentioned in 131 company stacks & 127 developers stacks; compared to SignalR, which is listed in 22 company stacks and 18 developer stacks. 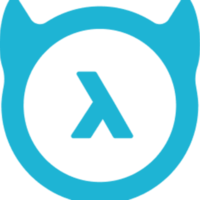 We wanted to save as much time as possible when writing our back-end, therefore Apollo was out of the question, we went for an auto-generated API instead. Hasura looked good in the beginning, but we wanted to retain the ability to add a few manual resolvers and modifications to auto-generated ones, which ruled out Hasura. Postgraphile with its Plug-In architecture was the right choice for us, we never regretted it!

Cons of Apollo
Cons of SignalR

Build a universal GraphQL API on top of your existing REST APIs, so you can ship new application features fast without waiting on backend changes.

What companies use Apollo?

What companies use SignalR?

See which teams inside your own company are using Apollo or SignalR.
Sign up for StackShare EnterpriseLearn More

What tools integrate with Apollo?

What tools integrate with SignalR?

+47
53
71115
What are some alternatives to Apollo and SignalR?
Helios
Helios is a Docker orchestration platform for deploying and managing containers across an entire fleet of servers. Helios provides a HTTP API as well as a command-line client to interact with servers running your containers.
GraphQL
GraphQL is a data query language and runtime designed and used at Facebook to request and deliver data to mobile and web apps since 2012.
Python
Python is a general purpose programming language created by Guido Van Rossum. Python is most praised for its elegant syntax and readable code, if you are just beginning your programming career python suits you best.
Relay Framework
Never again communicate with your data store using an imperative API. Simply declare your data requirements using GraphQL and let Relay figure out how and when to fetch your data.
Heroku
Heroku is a cloud application platform – a new way of building and deploying web apps. Heroku lets app developers spend 100% of their time on their application code, not managing servers, deployment, ongoing operations, or scaling.
See all alternatives
See all the technologies you’re using across your company.
Sign up for StackShare EnterpriseLearn More