Appium vs BrowserStack: What are the differences?

Developers describe Appium as "Automation for iOS and Android Apps". Appium is an open source test automation framework for use with native, hybrid, and mobile web apps. It drives iOS and Android apps using the WebDriver protocol. Appium is sponsored by Sauce Labs and a thriving community of open source developers. On the other hand, BrowserStack is detailed as "Instant access to a lab of 1000+ real mobile and desktop browsers for testing". Live, Web-Based Browser Testing Instant access to all real mobile and desktop browsers. Say goodbye to your lab of devices and virtual machines.

Appium belongs to "Mobile Testing Frameworks" category of the tech stack, while BrowserStack can be primarily classified under "Browser Testing".

Some of the features offered by Appium are:

On the other hand, BrowserStack provides the following key features:

"Webdriverio support" is the primary reason why developers consider Appium over the competitors, whereas "Multiple browsers" was stated as the key factor in picking BrowserStack.

ebay, DuckDuckGo, and GoSquared are some of the popular companies that use BrowserStack, whereas Appium is used by Intuit, PedidosYa, and FOODit. BrowserStack has a broader approval, being mentioned in 572 company stacks & 230 developers stacks; compared to Appium, which is listed in 31 company stacks and 21 developer stacks. 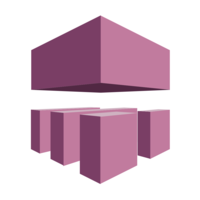 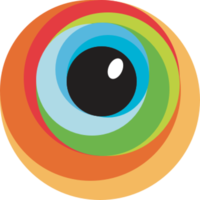 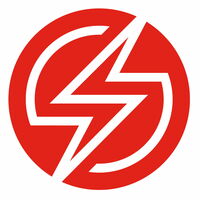 I am looking to purchase one of these tools for Mobile testing for my team. It should support Native, hybrid, and responsive app testing. It should also feature debugging, parallel execution, automation testing/easy integration with automation testing tools like Selenium, and the capability to provide availability of devices specifically for us to use at any time with good speed of performing all these activities.

I have already used Perfecto mobile, and Sauce Labs in my other projects before. I want to know how different or better is AWS Device farm in usage and how advantageous it would be for us to use it over other mentioned tools 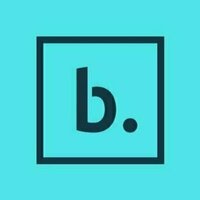 BitBar's Dedicated Devices would be a great option for you. It allows you to dedicate (reserve) devices for your use only which also having access to all of the devices in the shared cloud. BitBar has the features and integrations that you are looking for as well.

Cons of Appium
Cons of BrowserStack

Appium is an open source test automation framework for use with native, hybrid, and mobile web apps. It drives iOS and Android apps using the WebDriver protocol. Appium is sponsored by Sauce Labs and a thriving community of open source developers.

BrowserStack is a leading software testing platform for developers to comprehensively test their websites and mobile applications across 2,000+ real browsers and devices in a single cloud platform—and at scale.

What companies use Appium?

What companies use BrowserStack?

See which teams inside your own company are using Appium or BrowserStack.
Sign up for StackShare EnterpriseLearn More

What tools integrate with Appium?

What tools integrate with BrowserStack?

What are some alternatives to Appium and BrowserStack?
Selendroid
Selendroid is a test automation framework which drives off the UI of Android native and hybrid applications (apps) and the mobile web. Tests are written using the Selenium 2 client API
Detox
High velocity native mobile development requires us to adopt continuous integration workflows, which means our reliance on manual QA has to drop significantly. It tests your mobile app while it's running in a real device/simulator, interacting with it just like a real user.
Selenium
Selenium automates browsers. That's it! What you do with that power is entirely up to you. Primarily, it is for automating web applications for testing purposes, but is certainly not limited to just that. Boring web-based administration tasks can (and should!) also be automated as well.
Kobiton
It enables developers and testers to perform automated and manual testing of mobile apps and websites on real devices. Modern DevOps and Quality environments require apps to be tested on hundreds of device/OS/browser combinations. Managing an in-house device-lab is expensive, resource intensive, restrictive and very manual. Kobiton allows for instant provisioning of real devices for testing with automated or manual scripts, and also allows current on-premise devices to be plugged in to form a holistic testing cloud.
EarlGrey
EarlGrey is a native iOS UI automation test framework that enables you to write clear, concise tests. With the EarlGrey framework, you have access to enhanced synchronization features. EarlGrey automatically synchronizes with the UI, network requests, and various queues; but still allows you to manually implement customized timings, if needed.
See all alternatives
See all the technologies you’re using across your company.
Sign up for StackShare EnterpriseLearn More