Amazon Kinesis Firehose vs Kafka: What are the differences?

Developers describe Amazon Kinesis Firehose as "Simple and Scalable Data Ingestion". Amazon Kinesis Firehose is the easiest way to load streaming data into AWS. It can capture and automatically load streaming data into Amazon S3 and Amazon Redshift, enabling near real-time analytics with existing business intelligence tools and dashboards you’re already using today. On the other hand, Kafka is detailed as "Distributed, fault tolerant, high throughput pub-sub messaging system". Kafka is a distributed, partitioned, replicated commit log service. It provides the functionality of a messaging system, but with a unique design.

Some of the features offered by Amazon Kinesis Firehose are:

On the other hand, Kafka provides the following key features:

According to the StackShare community, Kafka has a broader approval, being mentioned in 509 company stacks & 470 developers stacks; compared to Amazon Kinesis Firehose, which is listed in 33 company stacks and 9 developer stacks.

We are going to develop a microservices-based application. It consists of AngularJS, ASP.NET Core, and MSSQL.

I am a beginner in microservices. But I have read about RabbitMQ, but come to know that there are Redis and Kafka also in the market. So, I want to know which is best.

Kafka is an Enterprise Messaging Framework whereas Redis is an Enterprise Cache Broker, in-memory database and high performance database.Both are having their own advantages, but they are different in usage and implementation. Now if you are creating microservices check the user consumption volumes, its generating logs, scalability, systems to be integrated and so on. I feel for your scenario initially you can go with KAFKA bu as the throughput, consumption and other factors are scaling then gradually you can add Redis accordingly. 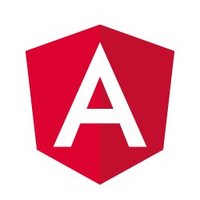 I first recommend that you choose Angular over AngularJS if you are starting something new. AngularJs is no longer getting enhancements, but perhaps you meant Angular. Regarding microservices, I recommend considering microservices when you have different development teams for each service that may want to use different programming languages and backend data stores. If it is all the same team, same code language, and same data store I would not use microservices. I might use a message queue, in which case RabbitMQ is a good one. But you may also be able to simply write your own in which you write a record in a table in MSSQL and one of your services reads the record from the table and processes it. The most challenging part of doing it yourself is writing a service that does a good job of reading the queue without reading the same message multiple times or missing a message; and that is where RabbitMQ can help.

I think something is missing here and you should consider answering it to yourself. You are building a couple of services. Why are you considering event-sourcing architecture using Message Brokers such as the above? Won't a simple REST service based arch suffice? Read about CQRS and the problems it entails (state vs command impedance for example). Do you need Pub/Sub or Push/Pull? Is queuing of messages enough or would you need querying or filtering of messages before consumption? Also, someone would have to manage these brokers (unless using managed, cloud provider based solution), automate their deployment, someone would need to take care of backups, clustering if needed, disaster recovery, etc. I have a good past experience in terms of manageability/devops of the above options with Kafka and Redis, not so much with RabbitMQ. Both are very performant. But also note that Redis is not a pure message broker (at time of writing) but more of a general purpose in-memory key-value store. Kafka nowadays is much more than a distributed message broker. Long story short. In my taste, you should go with a minialistic approach and try to avoid either of them if you can, especially if your architecture does not fall nicely into event sourcing. If not I'd examine Kafka. If you need more capabilities than I'd consider Redis and use it for all sorts of other things such as a cache.

We found that the CNCF landscape is a good advisor when working going into the cloud / microservices space: https://landscape.cncf.io/fullscreen=yes. When choosing a technology one important criteria to me is if it is cloud native or not. Neither Redis, RabbitMQ nor Kafka is cloud native. The try to adapt but will be replaced eventually with technologies that are cloud native.

We have gone with NATS and have never looked back. We haven't spend a single minute on server maintainance in the last year and the setup of a cluster is way too easy. With the new features NATS incorporates now (and the ones still on the roadmap) it is already and will be sooo much mure than Redis, RabbitMQ and Kafka are. It can replace service discovery, load balancing, global multiclusters and failover, etc, etc.

Your thought might be: But I don't need all of that! Well, at the same time it is much more leightweight than Redis, RabbitMQ and especially Kafka. 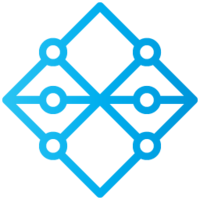 So currently we are sending these third party messages by creating a new child thread at end of each REST API call so UI application doesn't wait for these extra third party API calls.

Question 1: Is this a use case of a message broker?

Question 2: If it is then Kafka vs RabitMQ which is the better?

RabbitMQ is great for queuing and retrying. You can send the requests to your backend which will further queue these requests in RabbitMQ (or Kafka, too). The consumer on the other end can take care of processing . For a detailed analysis, check this blog about choosing between Kafka and RabbitMQ.

Well, first off, it's good practice to do as little non-UI work on the foreground thread as possible, regardless of whether the requests take a long time. You don't want the UI thread blocked.

This sounds like a good use case for RabbitMQ. Primarily because you don't need each message processed by more than one consumer. If you wanted to process a single message more than once (say for different purposes), then Apache Kafka would be a much better fit as you can have multiple consumer groups consuming from the same topics independently.

Have your API publish messages containing the data necessary for the third-party request to a Rabbit queue and have consumers reading off there. If it fails, you can either retry immediately, or publish to a deadletter queue where you can reprocess them whenever you want (shovel them back into the regular queue).

As far as I understand, Kafka is a like a persisted event state manager where you can plugin various source of data and transform/query them as event via a stream API. Regarding your use case I will consider using RabbitMQ if your intent is to implement service inter-communication kind of thing. RabbitMQ is a good choice for one-one publisher/subscriber (or consumer) and I think you can also have multiple consumers by configuring a fanout exchange. RabbitMQ provide also message retries, message cancellation, durable queue, message requeue, message ACK....

In my opinion RabbitMQ fits better in your case because you don’t have order in queue. You can process your messages in any order. You don’t need to store the data what you sent. Kafka is a persistent storage like the blockchain. RabbitMQ is a message broker. Kafka is not a good solution for the system with confirmations of the messages delivery.

Hello! [Client sends live video frames -> Server computes and responds the result] Web clients send video frames from their webcam then on the back we need to run them through some algorithm and send the result back as a response. Since everything will need to work in a live mode, we want something fast and also suitable for our case (as everyone needs). Currently, we are considering RabbitMQ for the purpose, but recently I have noticed that there is Redis and Kafka too. Could you please help us choose among them or anything more suitable beyond these guys. I think something similar to our product would be people using their webcam to get Snapchat masks on their faces, and the calculated face points are responded on from the server, then the client-side draw the mask on the user's face. I hope this helps. Thank you!

For your use case, the tool that fits more is definitely Kafka. RabbitMQ was not invented to handle data streams, but messages. Plenty of them, of course, but individual messages. Redis is an in-memory database, which is what makes it so fast. Redis recently included features to handle data stream, but it cannot best Kafka on this, or at least not yet. Kafka is not also super fast, it also provides lots of features to help create software to handle those streams.

For this kind of use case I would recommend either RabbitMQ or Kafka depending on the needs for scaling, redundancy and how you want to design it.

Kafka's true value comes into play when you need to distribute the streaming load over lot's of resources. If you were passing the video frames directly into the queue then you'd probably want to go with Kafka however if you can just pass a pointer to the frames then RabbitMQ should be fine and will be much simpler to run.

Bear in mind too that Kafka is a persistent log, not just a message bus so any data you feed into it is kept available until it expires (which is configurable). This can be useful if you have multiple clients reading from the queue with their own lifecycle but in your case it doesn't sound like that would be necessary. You could also use a RabbitMQ fanout exchange if you need that in the future.

I've used all of them and Kafka is hard to set up and maintain. Mostly is a Java dinosaur that you can set up and. I've used it with Storm but that is another big dinosaur. Redis is mostly for caching. The queue mechanism is not very scalable for multiple processors. Depending on the speed you need to implement on the reliability I would use RabbitMQ. You can store the frames(if they are too big) somewhere else and just have a link to them. Moving data through any of these will increase cost of transportation. With Rabbit, you can always have multiple consumers and check for redundancy. Hope it clears out your thoughts!