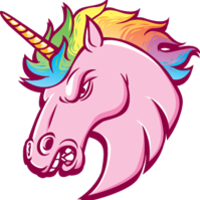 Unicorn is an HTTP server for Rack applications designed to only serve fast clients on low-latency, high-bandwidth connections and take advantage of features in Unix/Unix-like kernels. Slow clients should only be served by placing a reverse proxy capable of fully buffering both the the request and response in between Unicorn and slow clients.
Unicorn is a tool in the Web Servers category of a tech stack.
Unicorn is an open source tool with 1.4K GitHub stars and 262 GitHub forks. Here’s a link to Unicorn's open source repository on GitHub

Here are some stack decisions, common use cases and reviews by companies and developers who chose Unicorn in their tech stack.

I have an integration service that pulls data from third party systems saves it and returns it to the user of the service. We can pull large data sets with the service and response JSON can go up to 5MB with gzip compression. I currently use Rails 6 and Ruby 2.7.2 and Puma web server. Slow clients tend to prevent other users from accessing the system. Am considering a switch to Unicorn.

What are some alternatives to Unicorn?
Puma
Unlike other Ruby Webservers, Puma was built for speed and parallelism. Puma is a small library that provides a very fast and concurrent HTTP 1.1 server for Ruby web applications.
Unicorns
Live stream your iPhone or iPad screen. Produced by Lookback.
NGINX
nginx [engine x] is an HTTP and reverse proxy server, as well as a mail proxy server, written by Igor Sysoev. According to Netcraft nginx served or proxied 30.46% of the top million busiest sites in Jan 2018.
Apache HTTP Server
The Apache HTTP Server is a powerful and flexible HTTP/1.1 compliant web server. Originally designed as a replacement for the NCSA HTTP Server, it has grown to be the most popular web server on the Internet.
Apache Tomcat
Apache Tomcat powers numerous large-scale, mission-critical web applications across a diverse range of industries and organizations.
See all alternatives
Related Comparisons