PhoneGap vs Xamarin: What are the differences?

Developers describe PhoneGap as "Easilily create mobile apps using HTML, CSS, and JavaScript". PhoneGap is a web platform that exposes native mobile device apis and data to JavaScript. PhoneGap is a distribution of Apache Cordova. PhoneGap allows you to use standard web technologies such as HTML5, CSS3, and JavaScript for cross-platform development, avoiding each mobile platforms' native development language. Applications execute within wrappers targeted to each platform, and rely on standards-compliant API bindings to access each device's sensors, data, and network status. On the other hand, Xamarin is detailed as "Create iOS, Android and Mac apps in C#". Xamarin’s Mono-based products enable .NET developers to use their existing code, libraries and tools (including Visual Studio*), as well as skills in .NET and the C# programming language, to create mobile applications for the industry’s most widely-used mobile devices, including Android-based smartphones and tablets, iPhone, iPad and iPod Touch.

PhoneGap and Xamarin can be categorized as "Cross-Platform Mobile Development" tools.

Some of the features offered by PhoneGap are:

On the other hand, Xamarin provides the following key features:

"Javascript" is the top reason why over 44 developers like PhoneGap, while over 111 developers mention "Power of c# on mobile devices" as the leading cause for choosing Xamarin.

PhoneGap is an open source tool with 4.15K GitHub stars and 974 GitHub forks. Here's a link to PhoneGap's open source repository on GitHub.

Rdio, Olo, and Rumble are some of the popular companies that use Xamarin, whereas PhoneGap is used by Infoshare, Binary.com, and StreetHub. Xamarin has a broader approval, being mentioned in 74 company stacks & 65 developers stacks; compared to PhoneGap, which is listed in 86 company stacks and 34 developer stacks. 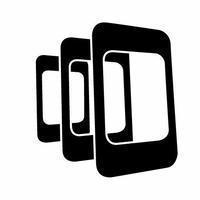 Looking for some advice: we are planning to create a hybrid app for both iOS and Android; this app will consume a REST API. We are looking for a tool for this development with the following attributes: 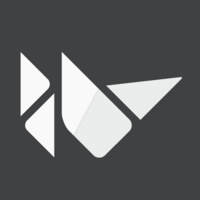 If your team has a strong background in Python and you want to release some prototype soon, you could try Python and Kivy. Kivy is an open-source, cross-platform Python framework for rapid development of mobile GUIs. It supports both iOS and Android. I have passed a similar situation recently: to start a mobile app with no background in mobile development. Kivy saved me a lot of time. I could develop a prototype and release it faster than I thoght. 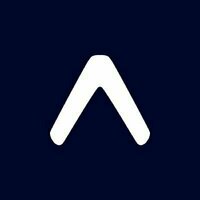 To be honest , You need to think these points :

My vote for now is going with React Native with Expo , using Typescript...

With this stack You could follow some patterns and principle that the Java and python programmers are familiar with.

Typescript is a javascript Superset that you can follow Procedural , Functional and OOP approaches and an easy learning curve.

With Expo you need to concern only with the shared layer (Typescript) and the Native ones will be expo responsibility.

Please check Expo.com and try to get started using typescript.

Good performance and with EAS (paid plan) you can create a full CI CD pipeline for your app connected to the stores(Apple and Android). 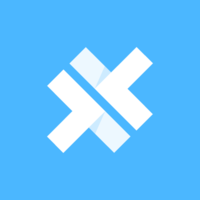 If you already know how to build web apps, give Capacitor a try. You can think of it like "electron for mobile" in that you can build a web app but access native functionality. Pair it with Ionic if you want a UI kit that is optimized for mobile, or build your own UI from scratch.

A bonus to Capacitor is your app will run without modification on the web as a PWA, iOS, Android, and more.

Other tools have very slow performance. They are usually selected because someone on the team likes Angular, but your customers won't care what framework you're using. They'll just know the app is slow. 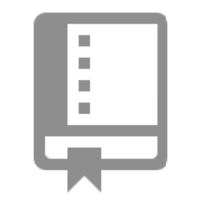 I don't know much about Xamarin but I know about PyQt and React Native.

However, I don't recommend PyQt because the apps made using PyQt are not that suitable for mobile apps. If you take a look at the PyQt interface, you will be able to see that the features are more of a desktop apps kind.

React Native uses JavaScript. React Native is immensely flexible in upgrading your apps because it allows you to formulate your app code into independent blocks.

In Xamarin, you have to write the code in .NET . The best thing about Xamarin is, that it extends the.NET developer platform with tools and libraries specifically for building apps for Android, iOS, tvOS, watchOS, macOS, and Windows

While the best choice for you depends on various factors but React Native app development is a promising overall choice. In today’s scenario, React Native has steady growth, flawless code structure, and brilliant and large community support. We suggest you go for React Native for your next project owing to its outstanding support from developers, easy availability, and cost-effectiveness.

Flutter
at
The First Prototype

It seems like your app is not really using any native functionality on the phone. I have experience with cross platform iOS & Android development. They are all really good tools! Xamarin (all the project on the website portfolio I attached) is awesome for accessing native functionality (NFC, Sensors, Bluetooth, etc), and I have built apps that have millions of downloads, some that hit Top 5 on Utilities, another that hit Top 50 in Finances. You just have to look at what your application intent is, it seems like it's just to read and post data. For that they are all pretty good, but you should also look into Ionic which may serve the same purpose

I've yet to see a non-native application that I felt performed as well and/or provided the same user experience with Cordova/PhoneGap/Xamarin. Frankly, at best they all seemed like underpowered web applications deployed to a sandbox that ran on a phone. They didn't feel "slick" or "mobile-first" and in some cases the performance was unacceptable. At previous companies, we built a few of these apps at the client's insistence, and in every case, they re-engaged us about 18 months later to re-write the app(s) natively.

We are doing some research on React Native and Flutter, but I am not yet convinced that they can provide the same level of experience and performance as native, though I am trying to keep an open mind. 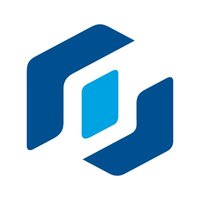 Apache Cordova
at
Microsoft
(
alfilatov.com
)
What is Proguard?

ProGuard is the most popular optimizer for Java bytecode. It makes your Java and Android applications up to 90% smaller and up to 20% faster. ProGuard also provides minimal protection against reverse engineering by obfuscating the names of classes, fields and methods.

How to use it in Cordova app?

I didn't find any plugins for it. So I've implemented it by myself and shared it on GitHub.

Feel free to use!

Cons of PhoneGap
Cons of Xamarin

PhoneGap is a web platform that exposes native mobile device apis and data to JavaScript. PhoneGap is a distribution of Apache Cordova. PhoneGap allows you to use standard web technologies such as HTML5, CSS3, and JavaScript for cross-platform development, avoiding each mobile platforms' native development language. Applications execute within wrappers targeted to each platform, and rely on standards-compliant API bindings to access each device's sensors, data, and network status.

Xamarin’s Mono-based products enable .NET developers to use their existing code, libraries and tools (including Visual Studio*), as well as skills in .NET and the C# programming language, to create mobile applications for the industry’s most widely-used mobile devices, including Android-based smartphones and tablets, iPhone, iPad and iPod Touch.

What companies use PhoneGap?

What companies use Xamarin?

See which teams inside your own company are using PhoneGap or Xamarin.
Sign up for Private StackShareLearn More

What tools integrate with PhoneGap?

What tools integrate with Xamarin?

What are some alternatives to PhoneGap and Xamarin?
Ionic
Free and open source, Ionic offers a library of mobile and desktop-optimized HTML, CSS and JS components for building highly interactive apps. Use with Angular, React, Vue, or plain JavaScript.
Apache Cordova
Apache Cordova is a set of device APIs that allow a mobile app developer to access native device function such as the camera or accelerometer from JavaScript. Combined with a UI framework such as jQuery Mobile or Dojo Mobile or Sencha Touch, this allows a smartphone app to be developed with just HTML, CSS, and JavaScript.
PWA
Building a high-quality Progressive Web App has incredible benefits, making it easy to delight your users, grow engagement and increase conversions.It is intended to work on any platform that uses a standards-compliant browser.
Sencha Touch
Sencha Touch 2, a high-performance HTML5 mobile application framework, is the cornerstone of the Sencha HTML5 platform. Built for enabling world-class user experiences, Sencha Touch 2 is the only framework that enables developers to build fast and impressive apps that work on iOS, Android, BlackBerry, Kindle Fire, and more.
React Native
React Native enables you to build world-class application experiences on native platforms using a consistent developer experience based on JavaScript and React. The focus of React Native is on developer efficiency across all the platforms you care about - learn once, write anywhere. Facebook uses React Native in multiple production apps and will continue investing in React Native.
See all alternatives
See all the technologies you’re using across your company.
Sign up for Private StackShareLearn More