Free and open source, Ionic offers a library of mobile and desktop-optimized HTML, CSS and JS components for building highly interactive apps. Use with Angular, React, Vue, or plain JavaScript.
Ionic is a tool in the Cross-Platform Mobile Development category of a tech stack.
Ionic is an open source tool with GitHub stars and GitHub forks. Here’s a link to Ionic's open source repository on GitHub

Companies
763 companies reportedly use Ionic in their tech stacks, including Accenture, doubleSlash, and MAK IT.
Developers
7761 developers on StackShare have stated that they use Ionic.

Here are some stack decisions, common use cases and reviews by companies and developers who chose Ionic in their tech stack.

I want to learn cross-platform application frameworks like React Native, Flutter, Xamarin, or Ionic, and I'm a web developer. I can learn other programming languages as well. But I'm confused about what to learn, which framework is best, and which framework will last long as the application grows further into complexity.

I have an app developed in Ionic 1, i have to migrate ¿Wich Plataform do you recommendate to use Ionic, React Native or Xamarin? 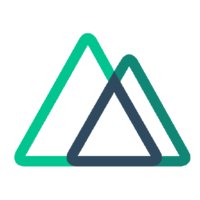 I have been searching lately for frameworks to build mobile apps.

We are trying to make something like a quiz app as a way for customers to contact us. I considered Ionic and React Native because we use JavaScript most of the time in websites, e.g., Vue.js/Nuxt.js. But Flutter seems a decent choice as well, especially since you can use Android/iOS-like components. We are looking for something that works in the long term, something that's time and cost-effective, especially when paired with backend services like Firebase or a GraphQL server. I would like to know your opinions and recommendations. Thank you!

Hi community, I am looking into how I should build my tech stack for a business/analytics platform. I am not very familiar with frontend development; when looking into cross-platform frameworks, I found a lot of options. What is the best cross-platform frontend framework to go with? I found Flutter interesting, but Ionic also looks promising? Thank you for the advice! 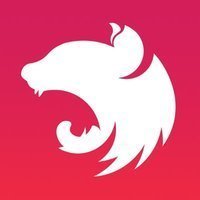 Hi, I am a new developer using Ionic to develop a mobile app. I have recently tried to build a social mobile app which will have video calling, payment transaction, chatting, sharing, etc. I am now confused as to which framework I should use for the backend: Spring Boot or ExpressJS or NestJS? Any detailed advice will be better for my development. Looking forward to your valuable reply.

I'm currently doing some research to build a full cross-platform system that our personnel will use for various management and selling purposes, this is just a first step to migrate (and clean, lots of cleaning) a gigantic and obsolete system made in Java 7 with a nightmarish coupling between logic and view layers.

Since the system itself is considerably large, we are currently migrating the essential modules of its logic to an ExpressJS driven Restful API.

As a complementary project, I must find a way to share the highest possible amount of view code while achieving said cross-platform capacity.

My approach is the following:

While Angular is the common part, and considering that Ionic can work on any platform, i'm wondering what is the best way to achieve a non-conflicting integration of Electron.js to the very-commonly-used Angular+Ionic Stack for both Mobile and Web development?

I've stumbled with a quite good template build called Polyonic but I would love to hear more about the matter before taking such a long-lasting decision.

What are some alternatives to Ionic?
PhoneGap
PhoneGap is a web platform that exposes native mobile device apis and data to JavaScript. PhoneGap is a distribution of Apache Cordova. PhoneGap allows you to use standard web technologies such as HTML5, CSS3, and JavaScript for cross-platform development, avoiding each mobile platforms' native development language. Applications execute within wrappers targeted to each platform, and rely on standards-compliant API bindings to access each device's sensors, data, and network status.
Xamarin
Xamarin’s Mono-based products enable .NET developers to use their existing code, libraries and tools (including Visual Studio*), as well as skills in .NET and the C# programming language, to create mobile applications for the industry’s most widely-used mobile devices, including Android-based smartphones and tablets, iPhone, iPad and iPod Touch.
NativeScript
NativeScript enables developers to build native apps for iOS, Android and Windows Universal while sharing the application code across the platforms. When building the application UI, developers use our libraries, which abstract the differences between the native platforms.
React Native
React Native enables you to build world-class application experiences on native platforms using a consistent developer experience based on JavaScript and React. The focus of React Native is on developer efficiency across all the platforms you care about - learn once, write anywhere. Facebook uses React Native in multiple production apps and will continue investing in React Native.
Flutter
Flutter is a mobile app SDK to help developers and designers build modern mobile apps for iOS and Android.
See all alternatives
Related Comparisons