Kong vs Traefik: What are the differences?

What is Kong? Open Source Microservice & API Management Layer. Kong is a scalable, open source API Layer (also known as an API Gateway, or API Middleware). Kong controls layer 4 and 7 traffic and is extended through Plugins, which provide extra functionality and services beyond the core platform.

"Easy to maintain" is the primary reason why developers consider Kong over the competitors, whereas "Kubernetes integration" was stated as the key factor in picking Traefik.

According to the StackShare community, Traefik has a broader approval, being mentioned in 47 company stacks & 20 developers stacks; compared to Kong, which is listed in 50 company stacks and 14 developer stacks. 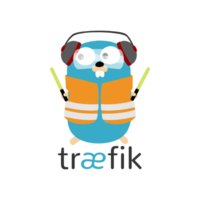 We switched to Traefik so we can use the REST API to dynamically configure subdomains and have the ability to redirect between multiple servers.

We still use nginx with a docker-compose to expose the traffic from our APIs and TCP microservices, but for managing routing to the internet Traefik does a much better job 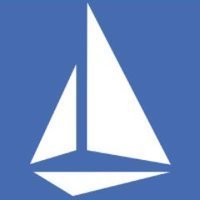 Cons of Kong
Cons of Traefik

Kong is a scalable, open source API Layer (also known as an API Gateway, or API Middleware). Kong controls layer 4 and 7 traffic and is extended through Plugins, which provide extra functionality and services beyond the core platform.

A modern HTTP reverse proxy and load balancer that makes deploying microservices easy. Traefik integrates with your existing infrastructure components and configures itself automatically and dynamically.

What companies use Kong?

What companies use Traefik?

See which teams inside your own company are using Kong or Traefik.
Sign up for StackShare EnterpriseLearn More

What tools integrate with Kong?

What tools integrate with Traefik?

+26
29
15617
What are some alternatives to Kong and Traefik?
Apigee
API management, design, analytics, and security are at the heart of modern digital architecture. The Apigee intelligent API platform is a complete solution for moving business to the digital world.
Istio
Istio is an open platform for providing a uniform way to integrate microservices, manage traffic flow across microservices, enforce policies and aggregate telemetry data. Istio's control plane provides an abstraction layer over the underlying cluster management platform, such as Kubernetes, Mesos, etc.
Zuul
It is the front door for all requests from devices and websites to the backend of the Netflix streaming application. As an edge service application, It is built to enable dynamic routing, monitoring, resiliency, and security. Routing is an integral part of a microservice architecture.
Jersey
It is open source, production quality, framework for developing RESTful Web Services in Java that provides support for JAX-RS APIs and serves as a JAX-RS (JSR 311 & JSR 339) Reference Implementation. It provides it’s own API that extend the JAX-RS toolkit with additional features and utilities to further simplify RESTful service and client development.
linkerd
linkerd is an out-of-process network stack for microservices. It functions as a transparent RPC proxy, handling everything needed to make inter-service RPC safe and sane--including load-balancing, service discovery, instrumentation, and routing.
See all alternatives
See all the technologies you’re using across your company.
Sign up for StackShare EnterpriseLearn More