Protractor vs Selenium: What are the differences?

Protractor can be classified as a tool in the "Javascript Testing Framework" category, while Selenium is grouped under "Browser Testing".

"Quick tests implementation" is the primary reason why developers consider Protractor over the competitors, whereas "Automates browsers" was stated as the key factor in picking Selenium.

MIT, Typeform, and Bukalapak are some of the popular companies that use Selenium, whereas Protractor is used by PeopleKeep, Omaze, and Garlic Tech Ltd. Selenium has a broader approval, being mentioned in 777 company stacks & 443 developers stacks; compared to Protractor, which is listed in 24 company stacks and 22 developer stacks. 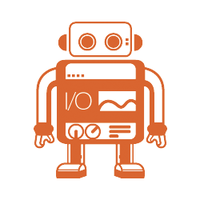 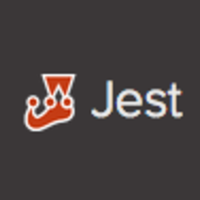 Cons of Protractor
Cons of Selenium

Protractor is an end-to-end test framework for Angular and AngularJS applications. Protractor runs tests against your application running in a real browser, interacting with it as a user would.

What companies use Protractor?

See which teams inside your own company are using Protractor or Selenium.
Sign up for Private StackShareLearn More

What tools integrate with Protractor?

+29
6
2758
What are some alternatives to Protractor and Selenium?
PhantomJS
PhantomJS is a headless WebKit scriptable with JavaScript. It is used by hundreds of developers and dozens of organizations for web-related development workflow.
WebdriverIO
WebdriverIO lets you control a browser or a mobile application with just a few lines of code. Your test code will look simple, concise and easy to read.
Jasmine
Jasmine is a Behavior Driven Development testing framework for JavaScript. It does not rely on browsers, DOM, or any JavaScript framework. Thus it's suited for websites, Node.js projects, or anywhere that JavaScript can run.
Compass
The compass core framework is a design-agnostic framework that provides common code that would otherwise be duplicated across other frameworks and extensions.
Cypress
Cypress is a front end automated testing application created for the modern web. Cypress is built on a new architecture and runs in the same run-loop as the application being tested. As a result Cypress provides better, faster, and more reliable testing for anything that runs in a browser. Cypress works on any front-end framework or website.
See all alternatives
See all the technologies you’re using across your company.
Sign up for Private StackShareLearn More