Docker vs. Vagrant - Help me decide

A few years ago, virtual machine tools like Vagrant were one of the only ways to set up a replicable, isolated environment for local software development. Since around 2014 though, container platforms - Docker being the most notable - have taken off in popularity and search volume.

Search volume of "Docker" and "Vagrant" over the past five years.

While search volume for "Docker" has overtaken "Vagrant", there are still legitimate reasons to use each of them. Each offers its own pros and cons when it comes to initial setup, sharing configurations, resource utilization, and production use.

Because both Vagrant and Docker are relatively mature technologies, each has its own downloadable installer and documentation. The only prerequisite is the ability to use the command line on your operating system. Note that running both Vagrant and Docker at the same time is possible, but not advised as they can each use considerable system resources. Let's compare the setup process for each of these two tools.

Vagrant is designed to make configuring and sharing virtual machines easier. Because it does not provide its own virtual machine, it must be used in conjunction with a tool like VirtualBox. Installing both Vagrant and VirtualBox is usually straightforward though as Vagrant will automatically detect your installation of VirtualBox and configure itself accordingly. 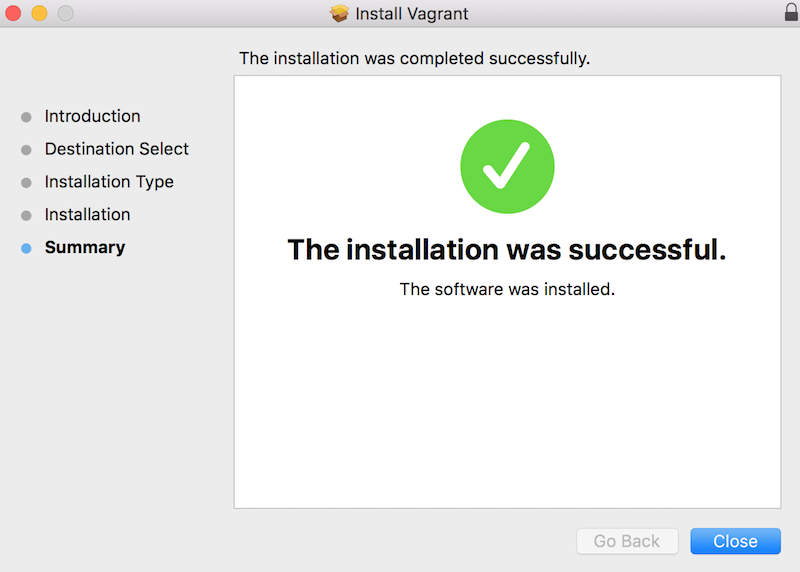 In order to get Vagrant running:

Now you should be running a Linux virtual machine with Vagrant on your host machine. For more detailed instructions, refer to Vagrant's getting started documentation.

While Vagrant allows you to provision a virtual machine that emulates an entire Linux system, Docker enables you to run individual containers (or networks of containers) that each share the same underlying kernel. Unlike Vagrant, Docker comes with its own virtual machine provider on Mac and Windows, while on Linux, Docker uses the host system's kernel. 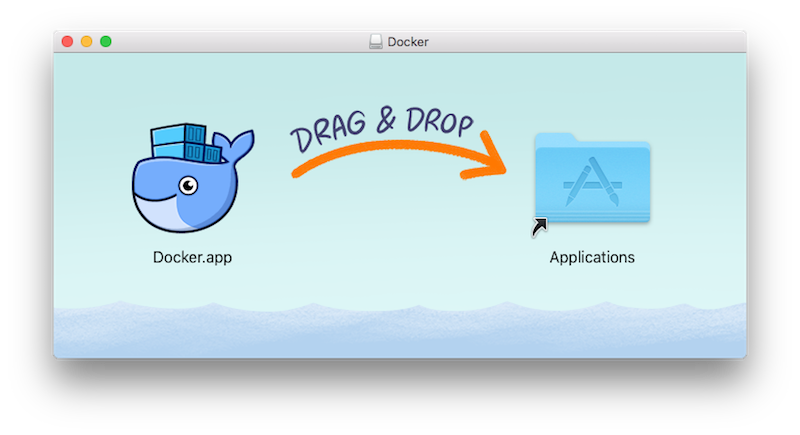 Setting up Docker and running your first container is just a few steps as well:

You should now have terminal access to a running Ubuntu container. During a typical development workflow, you will probably need to use other docker run command options, so be sure to read the docs for more information.

One of the problems that both Docker and Vagrant set out to solve is that of inconsistent environments between team members or remote machines.

With Vagrant, you can create a Vagrantfile, and check it into version control to share it with anyone who clones your project. This way, new developers who join your team should be able to download the project files, run vagrant up, and get right to work. You can even set Vagrant to create multiple virtual machines at once using the multi-machine feature. While this can be quite resource intensive, it does allow you to more accurately replicate a production environment.

This method of sharing configuration is great for resetting your local or server environment to a known state, you may want to keep some of its drawbacks in mind:

Because Docker containers don't necessarily describe the entire system, but rather a single process, the method for sharing container configurations varies. You may need to share one or more of the artifacts below in order to provide other developers with a replicable environment.

Docker Images are pre-packaged software with all dependencies, code, and external libraries included. So if you want to share a complete working application with another developer or server but they don't need to edit the code, this may be the best method. This is the most common way to deploy Docker containers to servers or continuous integration environments.

Both the methods above assume that your application requires only a single process to run. This may be true for simple command line apps or libraries, but in the case of a complex web application, you will probably need multiple processes (eg: database, web server, cache storage). Since Docker containers only run one process at a time, the best way to share a multi-container configuration is using Docker Compose. With compose you can create a single docker-compose.yml file at the root of your project which specifies all the containers needed to get the application running. While typically slower than starting a single container, Docker Compose environments usually take much less time to start than a virtual machine.

Comparison of starting an Ubuntu container in Docker vs. an Ubuntu virtual machine with Vagrant. Docker takes 0.592s while Vagrant takes 37.9s to start.

Both Docker and Vagrant share memory, hard disk space, and processing power with the host machine that runs them, but the way that they use those resources is very different. This has implications in resource consumption, and can limit the number of running instances on the host.

Because Vagrant uses a virtual machine, each instance has its own dedicated host system resources. This can be good as Vagrant offers a cap on resource usage, but it also means that each virtual machine will always use the maximum amount of RAM and CPU that you give it.

Both Docker and Vagrant can use significant drive space, but Docker has a slight edge. Each Vagrant box is downloaded completely indepenedently of all other boxes, and each may use several gigabytes of hard disk space. If you need to use several different Ubuntu 16.04 boxes (weighing in at 567MB each), you'll use up your hard disk space pretty quickly. Docker, on the other hand re-uses parts of the image that are shared. So, if you use several different images that all extend an Ubuntu image (188 MB each), Docker may only end up using slightly more than 188 MB of hard disk space to store all of them. Because image size is a concern, many developers who use Docker choose to extend the alpine image, which comes in at around 5 MB.

Disk Size of Multiple Ubuntu Images/Boxes on Docker and Vagrant 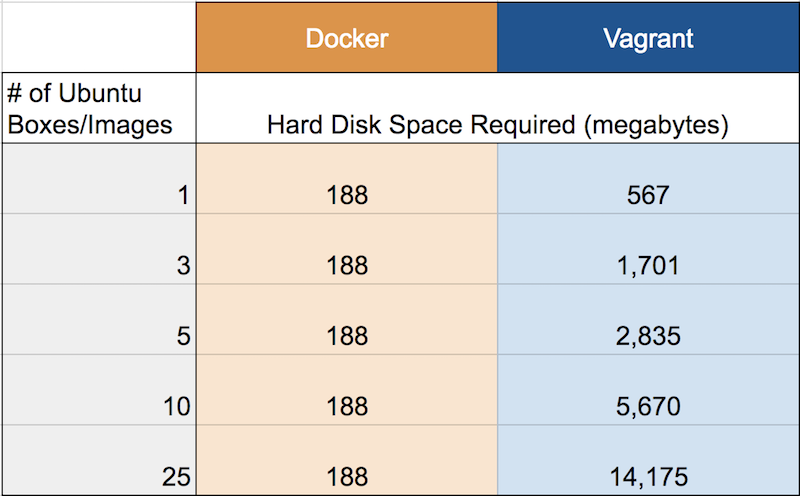 Docker images do stack up though, so if you're using multiple images that require different Linux distros or vary quite a bit, Vagrant can sometimes have a slight edge.

Despite these advantages in resource utilization for Docker, this doesn't tell the whole story. Unlike Vagrant, Docker requires that the host machine run a Linux kernel. This means that Mac and Windows operating systems must actually run Docker within a virtual machine anyway. So, even though the processes in the virtual machine may be sharing resources, they're sharing the dedicated resources within the virtual machine, much like Vagrant setups would. Another drawback to Docker's reliance on Linux is that other common operating systems like BSD or Windows can't be run in Docker containers.

So, despite the performance benefits of using Docker, it's not always the best choice for system virtualization.

Finally, the "holy grail" of virtualization is a single solution for local development, testing environments, and production servers. Both Vagrant and Docker offer production-level solutions, but again because of the fundamental differences in how each technology works, they are quite different in practice.

In 2015, Hashicorp - Vagrant's parent company - announced a solution for production use of Vagrant boxes called Otto. While that tool has been abandoned, Vagrant does continue to support push, a relatively simple solution that can push updates to your application via FTP, Heroku, or a custom bash script.

Vagrant is typically reserved for setting up single virtual machines, so unless your production app is very small, you'll probably need a more robust tool to run multiple-server deployments, replication, and redundancy. While it's possible to use Vagrant boxes in production with push, Hashicorp recommends Terraform instead because it can handle replication, scaling, and multiple cloud hosting providers. Hashicorp provides examples of using Terraform on their website.

Docker also has multiple options for production use depending on your needs. The simplest way to run Docker containers in production is to use a dedicated container hosting platform like Hyper.sh or Azure Container Instances. Both of these platforms come with a command line interface that lets you run containers on their remote hardware with a single command. For example, in the case of Hyper.sh, you can start an Nginx container like this:

The downside to simple container hosting solutions is that they don't scale well for real-world systems. Most web applications will require several networked containers, environmental variables, a database with a host volume, etc. Docker released a solution called Docker Swarm based on Docker Compose that makes it easy to start and stop multiple containers using a single configuration file.

Swarm will work for many production apps, but as you continue to scale across multiple machines, need zero-downtime deployments, and granular secrets management, Kubernetes starts to become a better choice. Kubernetes was developed by Google as a production container orchestration platform, is now officially supported in Docker for Mac and Windows, and has a robust community around it if you ever run into issues.

Docker vs Vagrant Cloud: What are the differences?

Docker: Enterprise Container Platform for High-Velocity Innovation. The Docker Platform is the industry-leading container platform for continuous, high-velocity innovation, enabling organizations to seamlessly build and share any application — from legacy to what comes next — and securely run them anywhere; Vagrant Cloud: Share, discover, and create Vagrant environments. Vagrant Cloud pairs with Vagrant to enable access, insight and collaboration across teams, as well as to bring exposure to community contributions and development environments.

Docker and Vagrant Cloud can be categorized as "Virtual Machine Platforms & Containers" tools.

On the other hand, Vagrant Cloud provides the following key features: