Bitbucket vs GitBucket: What are the differences?

Bitbucket and GitBucket can be categorized as "Code Collaboration & Version Control" tools.

Some of the features offered by Bitbucket are:

On the other hand, GitBucket provides the following key features:

"Free private repos" is the primary reason why developers consider Bitbucket over the competitors, whereas "Self hosted" was stated as the key factor in picking GitBucket.

PayPal, Salesforce, and CircleCI are some of the popular companies that use Bitbucket, whereas GitBucket is used by 8ack GmbH, Koch Essen Kommunikation + Design GmbH, and DairyWindow. Bitbucket has a broader approval, being mentioned in 1749 company stacks & 1492 developers stacks; compared to GitBucket, which is listed in 3 company stacks and 6 developer stacks. 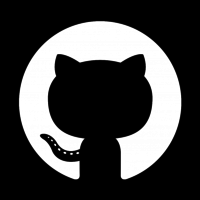 We are using a Bitbucket server, and due to migration efforts and new Atlassian community license changes, we need to move to a new self-hosted solution. The new data-center license for Atlassian, available in February, will be community provisioned (free). Along with that community license, other technologies will be coming with it (Crucible, Confluence, and Jira). Is there value in a paid-for license to get the GitHub Enterprise? Are the tools that come with it worth the cost?

I know it is about $20 per 10 seats, and we have about 300 users. Have other convertees to Microsoft's tools found it easy to do a migration? Is the toolset that much more beneficial to the free suite that one can get from Atlassian?

So far, free seems to be the winner, and the familiarization with Atlassian implementation and maintenance is understood. Going to GitHub, are there any distinct challenges to be found or any perks to be attained?

These are pretty competitive, and to recommend one over the other would require understanding your usage. Also, what other tools you use: for instance, what do you use for Issue-tracking, or for build pipelines. In your case, since you are already using Bitbucket, the question would be: do you have any current pain-points? And, on the other hand, do you already use Atlassian's JIRA, where you'd benefit from the tight integration? So, though I would not recommend one over the other just in general,. But, if Bitbucket fulfills your current use-cases, then there seems to be little motivation to move. 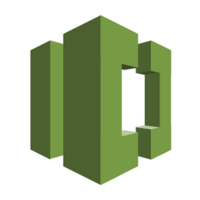 Hi, I need advice. In my project, we are using Bitbucket hosted on-prem, Jenkins, and Jira. Also, we have restrictions not to use any plugins for code review, code quality, code security, etc., with bitbucket. Now we want to migrate to AWS CodeCommit, which would mean that we can use, let's say, Amazon CodeGuru for code reviews and move to AWS CodeBuild and AWS CodePipeline for build automation in the future rather than using Jenkins.

Now I want advice on below.

Hi Kavita. It would be useful to explain in a bit more detail the integration to Jira you would like to achieve. Some of the Jira plugins will work with any git repository, regardless if its github/bitbucket/gitlab.

Do you have a K8s cluster and you want to deploy some services to it? Gitlab Auto Devops is key to achieve this without breaking a sweat.

We deploy Go services to our K8S clusters with warp speed thanks to Gitlab and it's Auto Devops pipeline.

I haven't seen tooling like this in any other git cloud provider.

I first used BitBucket because it had private repo's, and it didn't disappoint me. Also with the smooth integration of Jira, the decision to use BitBucket as a full application maintenance service was as easy as 1, 2, 3.

I honestly love BitBucket, by the looks, by the UI, and the smooth integration with Tower.

Cons of Bitbucket
Cons of GitBucket