Atom vs TextMate: What are the differences?

What is Atom? A hackable text editor for the 21st Century. At GitHub, we're building the text editor we've always wanted. A tool you can customize to do anything, but also use productively on the first day without ever touching a config file. Atom is modern, approachable, and hackable to the core. We can't wait to see what you build with it.

What is TextMate? The Missing Editor for Mac OS X. TextMate brings Apple's approach to operating systems into the world of text editors. By bridging UNIX underpinnings and GUI, TextMate cherry-picks the best of both worlds to the benefit of expert scripters and novice users alike.

Atom and TextMate belong to "Text Editor" category of the tech stack.

On the other hand, TextMate provides the following key features:

"Free" is the primary reason why developers consider Atom over the competitors, whereas "Syntax highlighting" was stated as the key factor in picking TextMate.

Lyft, PedidosYa, and HubSpot are some of the popular companies that use Atom, whereas TextMate is used by Edify, Brightpod, and MAK IT. Atom has a broader approval, being mentioned in 830 company stacks & 715 developers stacks; compared to TextMate, which is listed in 13 company stacks and 11 developer stacks. 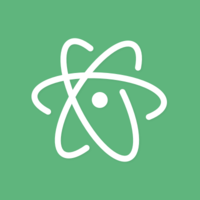