InVision lets you create stunningly realistic interactive wireframes and prototypes without compromising your creative vision.
InVision is a tool in the Interactive Mockups category of a tech stack.

Companies
1512 companies reportedly use InVision in their tech stacks, including Airbnb, StackShare, and Bitpanda.
Developers
6156 developers on StackShare have stated that they use InVision.

Dropbox, Pendo, Axure , Google Keep, and LightStep are some of the popular tools that integrate with InVision. Here's a list of all 21 tools that integrate with InVision.
Pros of InVision
158
Collaborative
128
Simple
95
Pretty
79
Quick
45
Works with lots of devices
33
Free
29
Cool for remote team prototyping
17
It revolutionized the way I share work with clients
10
Legendary customer support
8
Dropbox Integration
3
Collaboration
3
Easy
2
Rapid Prototyping
2
LiveShare
1
They are always improving the product suite
1
Allows for a comprehensive workflow
1
Annotation
1
Beautiful UI
1
Brings mockups to life
Decisions about InVision

Here are some stack decisions, common use cases and reviews by companies and developers who chose InVision in their tech stack. 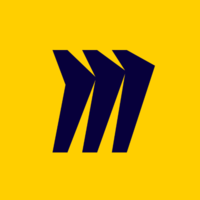 Need to understand what features are supported by Miro and InVision

I am working on a project for a client, I need to provide them with ideas and prototypes. They all have Adobe XD, but not InVision - I am the only one who will have that if purchased. I am trying to decide what would be the best tool to hand off the work to a developer who in terms will be working in PySide (Qt related) or Tkinter. Is there any benefits to me or the developer to work in Adobe XD or InVision. I am just trying to use the best tool to get the job done between the two.

Thank you in advance! Nadia

What are some alternatives to InVision?
Flight
Flight is distinct from existing frameworks in that it doesn't prescribe or provide any particular approach to rendering or providing data to a web application. It's agnostic to how requests are routed, which templating language you use or even if you render your HTML on the client or the server. While some web frameworks encourage developers to arrange their code around a prescribed model layer, Flight is organized around the existing DOM model with functionality mapped directly to DOM nodes.
Sketch
Easily create complex shapes with our state-of-the-art vector boolean operations and take advantage of our extensive layer styles.
Zeplin
Collaboration app for designers & developers. Supports Sketch and Photoshop (on beta!).
Marvel
A super simple tool that turns any image (including PSDs) or sketch into interactive prototypes for any device. Powered by Dropbox.
Adobe XD
A vector-based tool developed and published by Adobe Inc for designing and prototyping user experience for web and mobile apps.
See all alternatives
Related Comparisons