What is Flood IO?

Performance testing with Flood increases customer satisfaction and confidence in your production apps and reduces business risk.
Flood IO is a tool in the Load and Performance Testing category of a tech stack.

Companies
5 companies reportedly use Flood IO in their tech stacks, including Heroku, Livestorm, and Wunder.
Developers
14 developers on StackShare have stated that they use Flood IO.

Here are some stack decisions, common use cases and reviews by companies and developers who chose Flood IO in their tech stack. 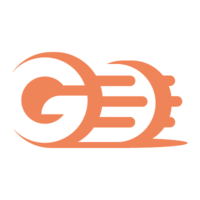 I have to run a multi-user load test and have test scripts developed in Gatling and Locust.

I am planning to run the tests with Flood IO, as it allows us to create a custom grid. They support Gatling. Did anyone try Locust tests? I would prefer not to use multiple infra providers for running these tests!

What are some alternatives to Flood IO?
BlazeMeter
Simulate any user scenario for webapps, websites, mobile apps or web services. 100% Apache JMeter compatible. Scalable from 1 to 1,000,000+ concurrent users.<br>
Apache JMeter
It is open source software, a 100% pure Java application designed to load test functional behavior and measure performance. It was originally designed for testing Web Applications but has since expanded to other test functions.
Gatling
Gatling is a highly capable load testing tool. It is designed for ease of use, maintainability and high performance. Out of the box, Gatling comes with excellent support of the HTTP protocol that makes it a tool of choice for load testing any HTTP server. As the core engine is actually protocol agnostic, it is perfectly possible to implement support for other protocols. For example, Gatling currently also ships JMS support.
k6
It is a developer centric open source load testing tool for testing the performance of your backend infrastructure. It’s built with Go and JavaScript to integrate well into your development workflow.
Locust
Locust is an easy-to-use, distributed, user load testing tool. Intended for load testing web sites (or other systems) and figuring out how many concurrent users a system can handle.
See all alternatives
Related Comparisons