Git vs npm: What are the differences?

Developers describe Git as "Fast, scalable, distributed revision control system". Git is a free and open source distributed version control system designed to handle everything from small to very large projects with speed and efficiency. On the other hand, npm is detailed as "The package manager for JavaScript". npm is the command-line interface to the npm ecosystem. It is battle-tested, surprisingly flexible, and used by hundreds of thousands of JavaScript developers every day.

Git can be classified as a tool in the "Version Control System" category, while npm is grouped under "Front End Package Manager".

"Distributed version control system", "Efficient branching and merging" and "Fast" are the key factors why developers consider Git; whereas "Best package management system for javascript", "Open-source" and "Great community" are the primary reasons why npm is favored.

Netflix, reddit, and Lyft are some of the popular companies that use Git, whereas npm is used by reddit, Instacart, and Coursera. Git has a broader approval, being mentioned in 3932 company stacks & 4778 developers stacks; compared to npm, which is listed in 2642 company stacks and 2666 developer stacks. 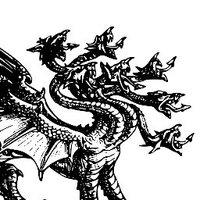 Cons of Git
Cons of npm

What companies use Git?

What companies use npm?

See which teams inside your own company are using Git or npm.
Sign up for Private StackShareLearn More

What tools integrate with Git?

What tools integrate with npm?

What are some alternatives to Git and npm?
GitHub
GitHub is the best place to share code with friends, co-workers, classmates, and complete strangers. Over three million people use GitHub to build amazing things together.
SVN (Subversion)
Subversion exists to be universally recognized and adopted as an open-source, centralized version control system characterized by its reliability as a safe haven for valuable data; the simplicity of its model and usage; and its ability to support the needs of a wide variety of users and projects, from individuals to large-scale enterprise operations.
Bitbucket
Bitbucket gives teams one place to plan projects, collaborate on code, test and deploy, all with free private Git repositories. Teams choose Bitbucket because it has a superior Jira integration, built-in CI/CD, & is free for up to 5 users.
Perforce
Visibility, access control, workflow and code management for Git environments. Flexibility of collaborating on the same codebase and code reviews using any combination of Perforce and Git workflows and tools without compromise.
Mercurial
Mercurial is dedicated to speed and efficiency with a sane user interface. It is written in Python. Mercurial's implementation and data structures are designed to be fast. You can generate diffs between revisions, or jump back in time within seconds.
See all alternatives
See all the technologies you’re using across your company.
Sign up for Private StackShareLearn More