CodeFactor.io vs GitLab: What are the differences?

"Easy setup & GitHub integration" is the primary reason why developers consider CodeFactor.io over the competitors, whereas "Self hosted" was stated as the key factor in picking GitLab.

According to the StackShare community, GitLab has a broader approval, being mentioned in 1233 company stacks & 1475 developers stacks; compared to CodeFactor.io, which is listed in 6 company stacks and 4 developer stacks.

I first used BitBucket because it had private repo's, and it didn't disappoint me. Also with the smooth integration of Jira, the decision to use BitBucket as a full application maintenance service was as easy as 1, 2, 3.

I honestly love BitBucket, by the looks, by the UI, and the smooth integration with Tower.

Using an inclusive language is crucial for fostering a diverse culture. Git has changed the naming conventions to be more language-inclusive, and so you should change. Our development tools, like GitHub and GitLab, already supports the change.

SourceLevel deals very nicely with repositories that changed the master branch to a more appropriate word. Besides, you can use the grep linter the look for exclusive terms contained in the source code.

As the inclusive language gap may happen in other aspects of our lives, have you already thought about them? 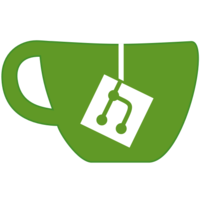 Out of most of the VCS solutions out there, we found Gitlab was the most feature complete with a free community edition. Their DevSecops offering is also a very robust solution. Gitlab CI/CD was quite easy to setup and the direct integration with your VCS + CI/CD is also a bonus. Out of the box integration with major cloud providers, alerting through instant messages etc. are all extremely convenient. We push our CI/CD updates to MS Teams.

Gitlab as A LOT of features that GitHub and Azure DevOps are missing. Even if both GH and Azure are backed by Microsoft, GitLab being open source has a faster upgrade rate and the hosted by gitlab.com solution seems more appealing than anything else! Quick win: the UI is way better and the Pipeline is way easier to setup on GitLab! 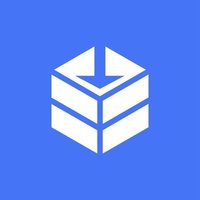 At DeployPlace we use self-hosted GitLab, we have chosen GitLab as most of us are familiar with it. We are happy with all features GitLab provides, I can’t imagine our life without integrated GitLab CI. Another important feature for us is integrated code review tool, we use it every day, we use merge requests, code reviews, branching. To be honest, most of us have GitHub accounts as well, we like to contribute in open source, and we want to be a part of the tech community, but lack of solutions from GitHub in the area of CI doesn’t let us chose it for our projects.

Cons of CodeFactor.io
Cons of GitLab

What companies use GitLab?

See which teams inside your own company are using CodeFactor.io or GitLab.
Sign up for StackShare EnterpriseLearn More

What tools integrate with CodeFactor.io?

What tools integrate with GitLab?

+7
5
1346
What are some alternatives to CodeFactor.io and GitLab?
ESLint
A pluggable and configurable linter tool for identifying and reporting on patterns in JavaScript. Maintain your code quality with ease.
Prettier
Prettier is an opinionated code formatter. It enforces a consistent style by parsing your code and re-printing it with its own rules that take the maximum line length into account, wrapping code when necessary.
SonarQube
SonarQube provides an overview of the overall health of your source code and even more importantly, it highlights issues found on new code. With a Quality Gate set on your project, you will simply fix the Leak and start mechanically improving.
Code Climate
After each Git push, Code Climate analyzes your code for complexity, duplication, and common smells to determine changes in quality and surface technical debt hotspots.
TSLint
An extensible static analysis tool that checks TypeScript code for readability, maintainability, and functionality errors. It is widely supported across modern editors & build systems and can be customized with your own lint rules, configurations, and formatters.
See all alternatives
See all the technologies you’re using across your company.
Sign up for StackShare EnterpriseLearn More