Cashew vs Octokit: What are the differences?

Cashew: A simple Github issues macOS client. A simple, fast, and elegant app to manage your Github Issues; Octokit: GitHub API Client Library for .NET. It is a client library targeting .NET 4.5 and above that provides an easy way to interact with the GitHub API.

Cashew and Octokit belong to "Tools for GitHub" category of the tech stack.

Octokit is an open source tool with 1.79K GitHub stars and 870 GitHub forks. Here's a link to Octokit's open source repository on GitHub.

A simple, fast, and elegant app to manage your Github Issues.

It is a client library targeting .NET 4.5 and above that provides an easy way to interact with the GitHub API. 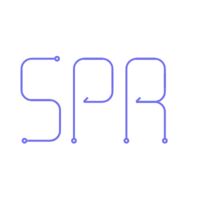 What companies use Cashew?

What companies use Octokit?

See which teams inside your own company are using Cashew or Octokit.
Sign up for StackShare EnterpriseLearn More

What tools integrate with Cashew?

What tools integrate with Octokit?

What are some alternatives to Cashew and Octokit?
Release
When run, this command line interface automatically generates a new GitHub Release and populates it with the changes (commits) made since the last release.
Datree
Prevent Kubernetes misconfigurations from reaching production with Datree’s automated policy checks for your pipeline. The open-source CLI tool empowers engineers to write more stable configurations, so they can actually sleep at night.
GitHub CLI
It is a free and open-source command-line for GitHub. It provides GitHub's graphical features like pull requests, issues, releases, etc. into a terminal. So, anyone can perform the whole GitHub operation from a terminal or with a script.
GitHub Desktop
It is an open-source multi-platform GUI Git client designed for working with GitHub repositories. Focus on what matters instead of fighting with Git. Whether you're new to Git or a seasoned user, it simplifies your development workflow.
GitHub Polls
These polls work by pasting individual markdown SVG images into your issue, each wrapped with a link that tracks a vote. A single vote per IP is allowed for a given poll, which are stored in DynamoDB.
See all alternatives
See all the technologies you’re using across your company.
Sign up for StackShare EnterpriseLearn More