Android Studio vs Nuclide: What are the differences?

Developers describe Android Studio as "Android development environment based on IntelliJ IDEA". Android Studio is a new Android development environment based on IntelliJ IDEA. It provides new features and improvements over Eclipse ADT and will be the official Android IDE once it's ready. On the other hand, Nuclide is detailed as "An open IDE for web and native mobile development, built on top of Atom (by Facebook)". A unified developer experience for web and mobile development, built as a suite of packages on top of Atom to provide hackability and the support of an active community.

On the other hand, Nuclide provides the following key features:

"Android studio is a great tool, getting better and bet " is the primary reason why developers consider Android Studio over the competitors, whereas "Remote development with SSH" was stated as the key factor in picking Nuclide.

Nuclide is an open source tool with 8K GitHub stars and 745 GitHub forks. Here's a link to Nuclide's open source repository on GitHub.

Google, Lyft, and 9GAG are some of the popular companies that use Android Studio, whereas Nuclide is used by Facebook, Instagram, and Movielala. Android Studio has a broader approval, being mentioned in 928 company stacks & 690 developers stacks; compared to Nuclide, which is listed in 8 company stacks and 5 developer stacks.

A unified developer experience for web and mobile development, built as a suite of packages on top of Atom to provide hackability and the support of an active community. 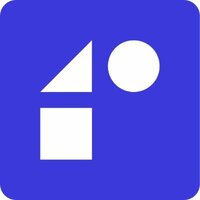 What companies use Nuclide?

See which teams inside your own company are using Android Studio or Nuclide.
Sign up for StackShare EnterpriseLearn More

What tools integrate with Nuclide?

What are some alternatives to Android Studio and Nuclide?
IntelliJ IDEA
Out of the box, IntelliJ IDEA provides a comprehensive feature set including tools and integrations with the most important modern technologies and frameworks for enterprise and web development with Java, Scala, Groovy and other languages.
Visual Studio
Visual Studio is a suite of component-based software development tools and other technologies for building powerful, high-performance applications.
Eclipse
Standard Eclipse package suited for Java and plug-in development plus adding new plugins; already includes Git, Marketplace Client, source code and developer documentation. Click here to file a bug against Eclipse Platform.
Xamarin
Xamarin’s Mono-based products enable .NET developers to use their existing code, libraries and tools (including Visual Studio*), as well as skills in .NET and the C# programming language, to create mobile applications for the industry’s most widely-used mobile devices, including Android-based smartphones and tablets, iPhone, iPad and iPod Touch.
Xcode
The Xcode IDE is at the center of the Apple development experience. Tightly integrated with the Cocoa and Cocoa Touch frameworks, Xcode is an incredibly productive environment for building amazing apps for Mac, iPhone, and iPad.
See all alternatives
See all the technologies you’re using across your company.
Sign up for StackShare EnterpriseLearn More