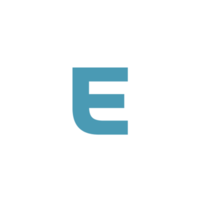 What is DataStax Enterprise and what are its top alternatives?

Scale-out NoSQL for any workload Built on Apache Cassandra™, DataStax Enterprise adds NoSQL workloads including search, graph, and analytics, with operational reliability hardened by the largest internet apps and the Fortune 100.
DataStax Enterprise is a tool in the Cassandra as a Service category of a tech stack.

1.0 of Stream leveraged Cassandra for storing the feed. Cassandra is a common choice for building feeds. Instagram, for instance started, out with Redis but eventually switched to Cassandra to handle their rapid usage growth. Cassandra can handle write heavy workloads very efficiently.

Cassandra is a great tool that allows you to scale write capacity simply by adding more nodes, though it is also very complex. This complexity made it hard to diagnose performance fluctuations. Even though we had years of experience with running Cassandra, it still felt like a bit of a black box. When building Stream 2.0 we decided to go for a different approach and build Keevo. Keevo is our in-house key-value store built upon RocksDB, gRPC and Raft.

RocksDB is a highly performant embeddable database library developed and maintained by Facebook’s data engineering team. RocksDB started as a fork of Google’s LevelDB that introduced several performance improvements for SSD. Nowadays RocksDB is a project on its own and is under active development. It is written in C++ and it’s fast. Have a look at how this benchmark handles 7 million QPS. In terms of technology it’s much more simple than Cassandra.

This translates into reduced maintenance overhead, improved performance and, most importantly, more consistent performance. It’s interesting to note that LinkedIn also uses RocksDB for their feed.

Developing a solution that collects Telemetry Data from different devices, nearly 1000 devices minimum and maximum 12000. Each device is sending 2 packets in 1 second. This is time-series data, and this data definition and different reports are saved on PostgreSQL. Like Building information, maintenance records, etc. I want to know about the best solution. This data is required for Math and ML to run different algorithms. Also, data is raw without definitions and information stored in PostgreSQL. Initially, I went with TimescaleDB due to PostgreSQL support, but to increase in sites, I started facing many issues with timescale DB in terms of flexibility of storing data.

My major requirement is also the replication of the database for reporting and different purposes. You may also suggest other options other than Druid and Cassandra. But an open source solution is appreciated.