Heroku vs OpenShift: What are the differences?

What is Heroku? Build, deliver, monitor and scale web apps and APIs with a trail blazing developer experience. Heroku is a cloud application platform – a new way of building and deploying web apps. Heroku lets app developers spend 100% of their time on their application code, not managing servers, deployment, ongoing operations, or scaling.

Heroku and OpenShift belong to "Platform as a Service" category of the tech stack.

Some of the features offered by Heroku are:

"Easy deployment" is the top reason why over 694 developers like Heroku, while over 95 developers mention "Good free plan" as the leading cause for choosing OpenShift.

OpenShift is an open source tool with 915 GitHub stars and 563 GitHub forks. Here's a link to OpenShift's open source repository on GitHub.

According to the StackShare community, Heroku has a broader approval, being mentioned in 1504 company stacks & 961 developers stacks; compared to OpenShift, which is listed in 50 company stacks and 52 developer stacks. 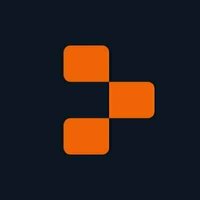 As I was running through freeCodeCamp's curriculum, I was becoming frustrated by Replit's black box nature as a shared server solution for Node app testing. I wanted to move into a proper workflow with Git and a dedicated deployment solution just for educational or non-commercial purposes. Heroku solved that for me in spades.

Not only does Heroku support free app deployment if you don't use their extra service handlers, but you can directly hook into your GitHub repos and automatically update the app whenever you commit to the main branch. It's a simple way to get an app running as fast as possible if you wish to share a proof of concept or prototype before moving to dedicated servers.

The Friendliest.app started on Heroku (both app and db) like most of my projects. The db on Heroku was on the cusp of becoming prohibitively expensive for this project.

After looking at options and reading recommendations we settled on Render to host both the application and db. Render's pricing model seems to scale more linearly with the application instead of the large pricing/performance jumps experienced with Heroku.

Migration to Render was extremely easy and we were able to complete both the db and application moves within 24 hours.

The only thing we're really missing on Render is a CLI. With Heroku, we could manage everything from the command line in VSCode. With Render, you need to use the web shell they provide.

I'm transitioning to Render from heroku. The pricing scale matches my usage scale, yet it's just as easy to deploy. It's removed a lot of the devops that I don't like to deal with on setting up my own raw *nix box and makes deployment simple and easy!

Clustering I don't use clustering features at the moment but when i need to set up clustering of nodes and discoverability, render will enable that where Heroku would require that I use an external service like redis.

Restarts The restarts are annoying. I understand the reasoning, but I'd rather watch my service if its got a memory leak and work to fix it than to just assume that it has memory leaks and needs to restart.